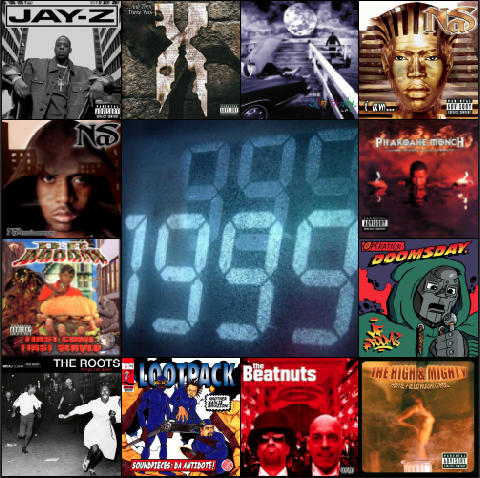 Well, we finally made it – we’ve completed our 1999 playlist and have wrapped up the last year of the decade. It’s been a lot of fun putting these together and I hope you’ve equally enjoyed them. It’s fantastic to see that a lot of these playlists are gaining a lot of followers. Our first playlist in the series, for example, has amassed nearly 30 followers. A modest number but I was pleased to find that some people out there still got love for the golden age of hip-hop! END_OF_DOCUMENT_TOKEN_TO_BE_REPLACED 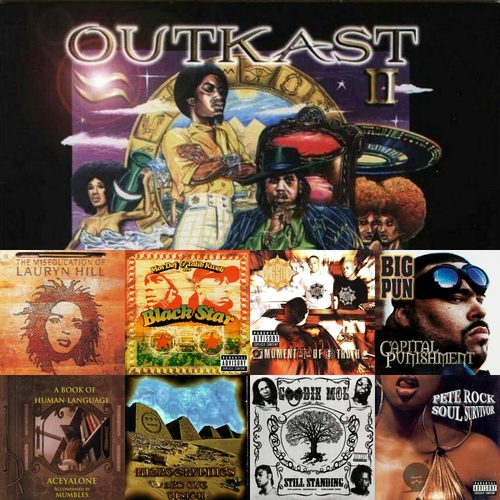 Back again with our first Autumn 🍂  entry into our 90s playlist series. Hopefully, you’ve been enjoying these tracks as much as we’ve had compiling them – they’ve certainly provided a much needed trip down memory lane (sittin’ in da park)!

Now that we’re spotlighting the 1998 calendar, it’s a little sad knowing we’re approaching the conclusion of this particular series. However, as I run through these tracks, I’m again reminded that there’s no question which decade has provided us with the most quality and diversity in hip-hop.

By this time, rap music had strengthened its grip upon mainstream culture and was establishing itself as a dominating force. The genre had become more lucrative than ever, and due to this, the number of rap acts had exploded. With regional acts across the United States putting their cities on the map with the movements they were creating, this playlist is our longest and most comprehensive yet at 50 tracks and 3 hours and 40 minutes in length (!) – and STILL, we’re missing a few! END_OF_DOCUMENT_TOKEN_TO_BE_REPLACED 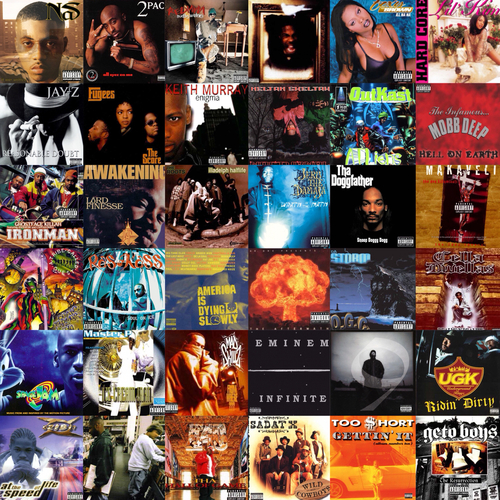 I had almost forgotten how crazy a year 1996 actually was for hip-hop. So many tracks kept coming to mind when creating this one, and personally, this playlist may be my favourite thus far. A ton of head nodders and a whole bunch of incredible music came out this year. 1996 also holds the distinction as being the last year prior to the grip of the “shiny-suit” era of rap.

Surprisingly, Spotify (@Spotify) managed to come through with a bunch of stuff I wouldn’t have expected them to have the rights to so I’m pretty happy with how this one turned out – should be a good summer listen to reminisce over for the hip-hop heads anyway! END_OF_DOCUMENT_TOKEN_TO_BE_REPLACED 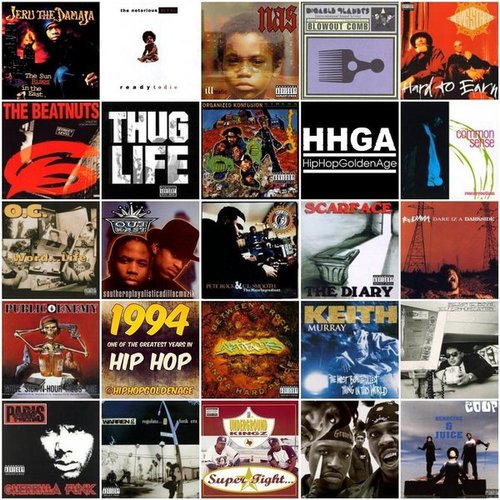 I hope two weeks was enough time for all of our Spotify (@Spotify) streamers to fully digest our journey into ’93. Now that we’re just about set to take a look back to 1994, our trek comes with both good and bad news:

A bit of a disappointment as I had planned on integrating some lesser known faves of mine among the hits from the year. Nevertheless, I’m quite pleased with this playlist and still managed to incorporate a few overlooked and forgotten cuts. What a great year this was! END_OF_DOCUMENT_TOKEN_TO_BE_REPLACED

Back again with a double edition in order to catch up to the rest of the #GuelphMusicClub.

Please click the hashtag above to see all of the entries to date.

It feels like there are more participants this time around since the previous iteration of THE CLUB and that is so great to see.

Selections have been quite diverse thus far and I’ve already been exposed to a number of great tracks that I wasn’t previously familiar with.

I have to apologize for how late this post is.

Between visiting with relatives who arrived from overseas and the traffic jams / power outages experienced yesterday as a result of the Toronto floods, this blog entry toiled in the draft section longer than it should have.

For this assignment of the #GuelphMusicClub, we were tasked with choosing our top sports song (theme suggested by your favourite neighbourhood record store, the Beat Goes On / @beatgoeson).

While many of the crew discussed their favourite anthems you would hear at a live sporting event, my train of thought veered a little left and I began to think of songs that are literally about sports.

I know where your mind is headed right now and I am sorry to inform you that you are, in fact, WRONG: this post will NOT be about “Marlins Will Soar“.

To be honest, the choice was obvious to me from the jump.

Main Source – “Just a Friendly Game of Baseball”
from the album, BREAKING ATOMS  (1991)

For the uninitiated, Breaking Atoms  is universally heralded as one of the greatest hip-hop records of all-time.

Large Professor (@PLargePro), a.k.a. Extra P, a.k.a. “the greatest producer on the mic” (Lord Finesse [@LordFinesseDITC] notwithstanding) was the driving force behind Main Source (ed’s note: i’m a rapper).

Acting as MC and handling the bulk of the production duties, he fell out with the group soon after the release of their debut album and went on to forge a very successful solo career, especially on the production tip.

Main Source also featured a bit of CanCon as two-thirds of the group were comprised of Toronto DJ/production team, K-Cut (@kcutsevenone) and Sir Scratch.

Anyway, back to the song.

“Just a Friendly Game of Baseball” is peppered with all kinds of baseball references and allegories that any aficionado of the game would have no trouble deciphering.

Yet, the entire song is a metaphor for the extreme brutality and institutional racism that blacks and other minorities were (and continue to be) subjected to on a routine basis.

Groundbreaking track in terms of lyrical dexterity and content. And one that still holds up to this day, in my opinion. 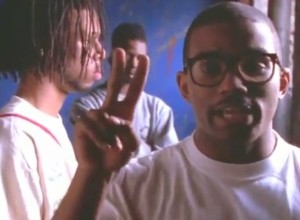 BONUS EDIT: As an aside for those who aren’t rap heavy, Breaking Atoms  launched the careers of both Nas (@Nas) and Akinyele respectively – the former of whom was only 17 years old at the time and showing he was wise beyond his years / the latter of which being a criminally underrated MC who holds the distinction of being the only rapper to have an album produced entirely by Large Professor!

Both were featured on the classic posse cut, “Live at the Barbeque”, which can be heard below: