Yep, it’s true. Phoenix from the ashes and all that good stuff…depending on your opinion of this blog, I suppose. Either way, I’M BACK.

But, yeah, I’m dreadfully late this year with my best of 2016 recap but I don’t feel too bad about it this go around. In fact, does it bother anyone else that most major music publications and review sites/blogs tend to have their year-end lists published near the top of December? That means that albums released at the very end of the calendar year aren’t even available to be considered if their roundtable discussions are taking place throughout October/November. And I always thought it was dumb to see year-end lists incorporating items from the year previous – DUMB. END_OF_DOCUMENT_TOKEN_TO_BE_REPLACED

Hope everyone is having a nice start to the new year and was able to enjoy their holidays. Speaking of the holidays, it was something of a surprise to see the revival of the #GuelphMusicClub at the end of last year. The decision to resurrect THE CLUB was made in order to discuss our respective favourites of 2015 and I really enjoyed reading through all of the entries. Times passes so quickly nowadays that I had nearly forgotten how eclectic and varied the tastes of the group actually are.

I also appreciate its return because it gives me the opportunity to resurrect this dead ol’ thing and CHAT SHIT (GET BANGED?) about my favourite musical items from 2015. Given that we’re getting towards the end of January now, I’ve already slacked so hard that I’m just going to dive right into it. END_OF_DOCUMENT_TOKEN_TO_BE_REPLACED

I don’t know about the rest of you but my holidays were jam-packed.

Got nowhere near seeing every person I had hoped to… 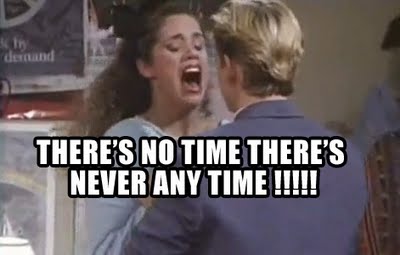 Things there’s never any time for: hair washing, studying, getting into Stanford, etc.

Nevertheless, here we are entering the new year and I have yet to wrap up my latest installment for the #GuelphMusicClub.

So, let’s get on with it then! END_OF_DOCUMENT_TOKEN_TO_BE_REPLACED

Back again with a double edition in order to catch up to the rest of the #GuelphMusicClub.

Please click the hashtag above to see all of the entries to date.

It feels like there are more participants this time around since the previous iteration of THE CLUB and that is so great to see.

Selections have been quite diverse thus far and I’ve already been exposed to a number of great tracks that I wasn’t previously familiar with.

It has been a favourite of mine since its creation and I welcome its return.

There appear to be some new names involved since the last go-round and that’s great to see as well!

Click the hashtag above to see the first round of contributions pertaining to our latest topic – the top 5 songs of 2014. END_OF_DOCUMENT_TOKEN_TO_BE_REPLACED

#GuelphMusicClub is showing some real signs of life again.

I am happy to see some folks slowly making their way back.

Saying that, I missed week 2  of ’74-’83 so I am likely to make two separate posts this week if I can manage squeeze them in.

Can’t be cheaping out after hassling everyone else to make their return!

Have a look at the picks made by some of the others within the club this week:

So without further adieu, I am gonna join the ranks and dive right into it.

Let’s get one thing straight: Earth, Wind & Fire (@EarthWindFire) are one of the greatest groups to ever do this music shit.

That’s not an opinion but a downright fact.

Don’t believe me? Check out this laundry list of awards and achievements.

Love ’em or hate ’em, their ability to fit into a variety of genres allowed them to cross over racial boundaries and maintain relevancy as the musical landscape continually evolved.

With a career spanning across nearly five decades, you could start a small country with the amount of group members who have come and gone.

Which is to say, EWF have changed dramatically throughout the years!

Highlights have emerged at every point in their career but, in my opinion, the funk / R&B / disco era is where they dropped the majority of their jewels.

I have thought about this post for about a week now and have had difficulty narrowing my choice down between two albums.

So I won’t bother. 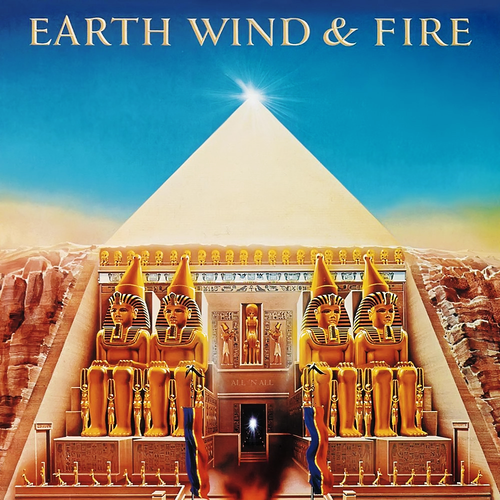 The former is arguably the pick of their discography and the top selling album.

Originally planned as the accompanying soundtrack to a film sharing the same name, the band insisted upon putting the record out ahead of the movie, as they were convinced the flick would fail subsequent to seeing the screener (it did).

Wise move. That’s the Way of the World  would become their breakthrough record as well as their first (and only) to reach #1 on the Billboard 200.

It is also home to some of their biggest hits:

The degree of musicianship on this recording is top-notch.
Like, I’m talking unfuckwitable territory.

Shit is uplifting, there’s just no other way to describe it.

If you don’t acknowledge That’s the Way of the World  as the pinnacle of the EWF catalogue, it’s likely you claim All ‘N All  as the peak.

By this point in their careers, the band had a stage show that was a full-on production, one that included pyrotechnics, elaborate costumes, as well as world class magic and illusions directed by the late Canadian Doug Henning (also acclaimed for his work in the 80s with Michael Jackson) and his assistant, a still-fledgling David Copperfield.

The Egyptian style album art was a reflection of this grandoise point in their career.

But the tracks banged hard enough to make it their second-best seller. 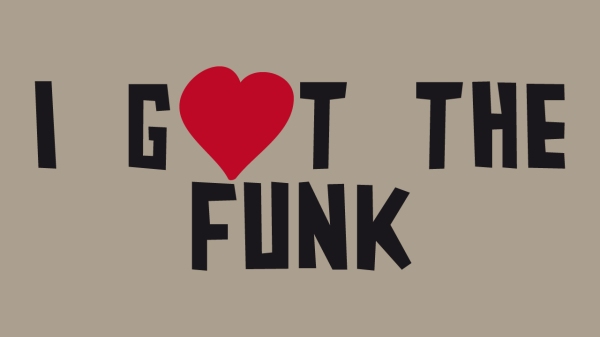 The #GuelphMusicClub is back risen from the dead.

It’s been the long and arduous summer we all expected it to be and the club has fallen down a bit on the list of life priorities.

However, with Music Lives (@MusicLivesCA) having successfully made the transition to print, it looks as if our founder is back and ready to take hold of the reins once again.

He will be taking a brief sabbatical from the blog game and being that he is largely responsible for maintaining the pulse on this thing when no one else was willing, we would all like to wish him the best. Hope to see you back again soon, my bro!

After launching the #GuelphMusicClub with a 5-part series on our favourite albums released during the period of 1963-73, we are finally set to revisit this initial concept and focus upon the next decade.

There is one album in particular I was dying to acknowledge.
I figured it would be a popular pick so I am pleased to be the first to mention it.

The masterpiece I am referring to?

Stevie Wonder was already at the top of his game by the time he released his pièce de résistance.

After recording three massive consecutive successes in Talking Book  (1972), Innervisions  (1973), and Fulfillingness’ First Finale  (1974) – the latter two would each go on to receive Grammy Awards for Album of the Year – Wonder was on the verge of abandoning his musical career in order to dedicate his life towards missionary causes in Africa.

Instead, due to his growing disdain for what he considered to be a hypocritical and unjust United States government, Stevie re-upped with Motown for a $37M / 7-year / 7-LP recording contract which also gave him full autonomous control over the creative process, thus becoming only the second artist in the history of the label to receive such a stipulation (the first being the late Marvin Gaye).

Inspired, Wonder would christen the Hit Factory with its first recording sessions, serving as the origin of the studio’s legendary reputation.

Songs… was becoming his most ambitious project to date and, after a nine-month studio residency, would eventually result in a double-LP with accompanying 4-song EP.

Wonder was often criticized for being overly sappy in regards to his lyrical content and he was ready to show his critics that he was not above stepping outside of his comfort zone. Tackling difficult topics that were often considered taboo for the time, he tackles social issues such as race relations, classism, and mental health with a disobedience atypical of a 1970s pop star.

His level of musicianship was also hitting new plateaus, as Stevie was always unafraid to incorporate unusual instrumentations while never fearing the transition from analog to digital.

The record was universally acclaimed upon its release and, by 1977, had earned Stevie his 3rd Album of the Year Grammy in four years.

It is a bit of a miracle that I even became a big Stevie Wonder fan, as my parents have despised him for about as long as I can remember.

I think they belong to that previously mentioned group of people who find the man too sickeningly sweet.

But what can I say? I was being put onto the big screens at Square One since I was just a little baby dancing along to Lionel Richie at the center of the mall.

Speaking of which, it’s quite possible I have done the #beigelife™ shuffle to this song more than any other in my lifetime:

YOU CAN FEEL IT ALL OVER!